Sarajevo is one of the most historically interesting and varied cities in Europe. It is a place where the Western & Eastern Roman Empire split; where the people of the Roman Catholic west, Eastern Orthodox east and the Ottoman south, met, lived and warred. It has been both an example of historical turbulence and the clash of civilizations, as well as a beacon of hope for peace and tolerance through multi-cultural integration. Sarajevo is not a huge city – around 400.000 people live in its urban area, but it is very livable, vibrant and busy. The city is historically famous for its traditional religious diversity, with adherents of Islam, Orthodoxy, Catholicism and Judaism coexisting there for centuries.

Baščaršija is the main tourist attraction of Sarajevo. Located in the very heart of the city, this bazaar is one of Sarajevo’s oldest wards as well as a well-preserved example of oriental architecture in the Balkans.

The name Baščaršija is derived from two Turkish words, “baş” meaning “head” or in this case “main,” and “çarşı,” a commercial street. Situated along the northern bank of the Miljacka River, Baščaršija is an oriental bazaar, a maze of narrow streets with small shops where craftsmen make and sell their products. At one time, each street was dedicated to a different kind of craft—metalwork, jewelry, pottery, and so on. Nowadays, many of the old artisan shops have been converted to souvenir shops and cafes. 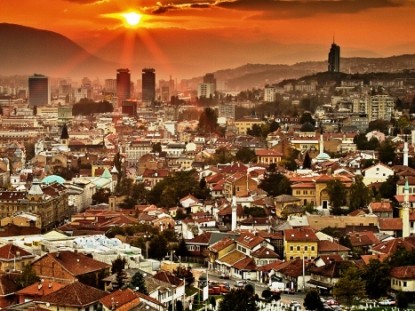 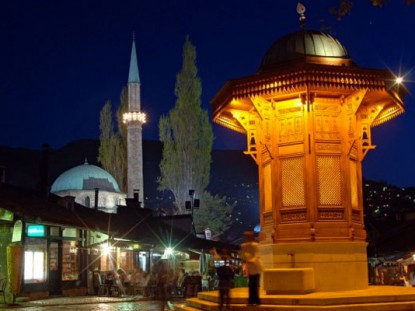 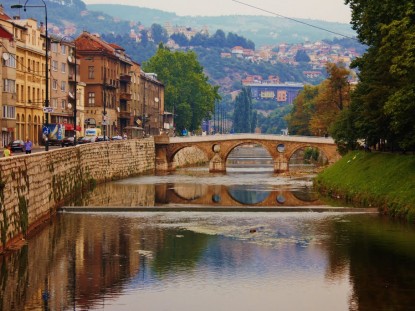